Are we trying too desperately to make serveware Boho-chic or something laidback? 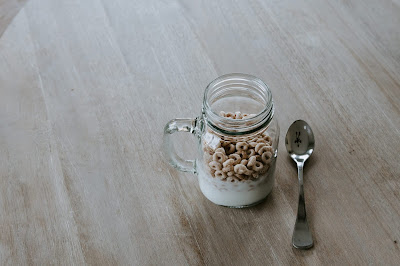 I recall this scene from Kill Bill where Daryl Hannah is visiting one of her former kill squad members. I think his real name is some Madsen and I recall the guy from Reservoir Dogs and the Species franchise. This is not about how macho he looks or how the one-eyed portrayal of Hannah was very realistic. This is about them drinking some sort of alcoholic concoction in what seemed like glass jars with handles or without handles, really don’t remember now. But if you look closely, the guy was living in a trailer parked in the middle of some God-forsaken landscape and had literally nothing in terms of lifestyle goods or accessories.

Here, serving some beverage in jars or containers that could be held or cupped in one hand was about being practical. But when the same is done by well-furnished urban cafes or lounges, it seems too desperate. What they are not realizing is that being rustic has got nothing to do with intentionally making your serveware look like the insides of some hut dwelling native in the lost lands of Amazon though I have nothing against tribal folks or forest lifestyle. It is the overall pretense that gets to me. Further, this type of serveware is being peddled as being ultra-cool or something that the yuppie generation should identify with – exactly what are they trying to connect there? Drinking from glasses is not cool anymore? Serveware in shambles is supposed to make you look earthy or someone rooted in reality? Not for Me, not by a long shot. If this is your pitch, you don’t have a dime on me…nothing!

Email ThisBlogThis!Share to TwitterShare to FacebookShare to Pinterest
Labels: everyday observations, is your serveware snobbish, is your serveware trying too desperately to look cool, poor serving utensil choices is about bad etiquette