How Corona is bringing back the balcony culture in my city..kind of! 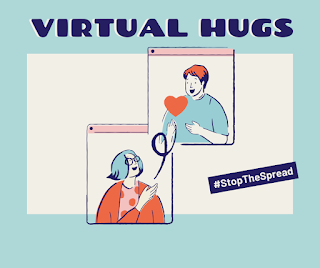 It has been more than a week in the lock-down mode and yes, the viral scare has been increasing. Most folks like me have realized that being asked not to move around is very different from an extended leave from the workplace. Working from home too has its privileges but when there is so much pessimism around you, the anxiety starts flowing and it can take a toll on how well you perform, especially when you need to concentrate hard on endless emails and files-to-edit from home. However, there has been one, somewhat positive effect of the self-inflicted restrictions and those imposed by the system.
I can see that people have started moving within their buildings a lot more. I am not talking about leaving the home but simply moving around their apartments. Yes, this is how retarded simple physical movement was until a few days back. I and my wife would often venture into our balcony during the late hours and wonder how people don't step out just to catch a daft of fresh air, air that is not being recycled by air conditioners and comes without the whiff of room fresheners or the hangover of a strong deodorant. We have also put up some Diwali lights and decoration lanterns that we keep up through most months of the year, loving the dim but colored illumination.
Lately, we have started spotting people a lot more. Folks who until now, had planters in the balcony with seasonal foliage but were never spotted watering them. Folks who have always had children but refrained from bringing the kids to the balcony. A few strangers have also started waving in a customary fashion, usually when our baby points her finger in their direction.
People who might be complaining about the staleness of indoor air but until recently, were not considering that there is a simple solution a few footsteps away. Overall, this is not about hanging from the balcony rails. This is simply about the buildings and concrete stacks looking a lot more humanized - and that is the only thing am trying to say - a bit of humanity isn't bad. Too much of it creates the havoc we have seen in our ecosystem but when the ecosystem itself is more about machines, brick, and mortar, just seeing some warm bodies around you can be a good thing.

Email ThisBlogThis!Share to TwitterShare to FacebookShare to Pinterest
Labels: how corona virus lockdown is affecting lifestyles, life with corona