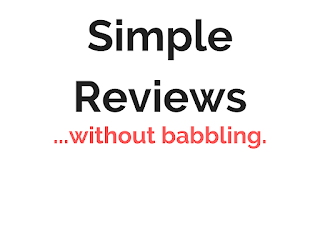 Watch this without assuming there is any link between this movie and the IT – this is an entirely different type of animal, albeit very quiet, slow-paced, and tries to thrill you by being a bit creepy. While the first 20 minutes don’t do a lot to get you hooked into it, the last 20 minutes or so is the exact opposite of it. I would recommend it to anyone who does like a lot of graphical, flesh-tearing, and blood-spurting that is becoming regular across the horror genre in contemporary cinema. Yes, the following aspect in the title is self-explanatory but you have to see it to realize that the storytelling is really good. There are no spectacular special effects either, just a slow-moving story that builds up rather well, leading up to the brilliant ending.

Dead Birds: Perhaps one of the worst on Amazon Prime India

Watch this when you don’t have anything planned for the next 2 hours and it seems like you can digest perhaps and literally, any type of cinema. Dead Birds is the type of B-grade horror flick that does not scare you and it does not remain in your memory for more than a few days. It actually does not deserve to last for even 2 days. That is how average the entire effort is. The special effects, or the lack of them, only make it worse while the scariness just does not develop. Trying the horror genre in the classical landscape does not work here. Try to avoid this at all costs. If you plan an act of sweet revenge on someone, then recommend it further. These types of movies make you wonder how do some people even get the resources or the approvals to shoot anything and bring it to the celluloid.

Dark was the Night: Too Typical, Very Stereotyped, Nothing Notable

Sometimes I wonder how are movies rated these days. Take this title for instance. It has an almost 6 rating on IMDB. The same, small-town landscape with simpletons and secrets is repeated. There is always a sheriff in such plots and here, the sheriff is grieving for his lost son too – again, not the newest idea across any genre. He further, has split from his wife or distanced – rings any bells? There is the typical, inexplicable, creature-like thing that is frightening the townspeople – sounds familiar? That is what is principally wrong with this movie. It does not belong to the horror genre. It is not a thriller either. It is not a creature feature too. Then, what is it? It tries to be everything and turns out to be very, very average. Those who have been catching up with the indie sector of movie-making over the last decade will also tell you that the Windigo has become a bit too common and Dark Was The Night borrows the concept and messes it up – not recommended to my friends!

What Lies Below: Tries Hard & Fails, Confuses Towards the End

This movie has been categorized as Horror-Thriller if you run a Google search for it. However, What Lies Below is not really scary. It is more inclined towards being a bit of sci-fi and puts up a different take on the alien story plots that we have become a bit too accustomed to. A single mom or a separated one as I don’t recall it has a fiancé who is just too perfect. Obviously, her daughter does not agree and has some serious doubts about this man who seems hell-bent on breeding. Turns out this guy is not really human and is actually trying to rear a species on his own. The plot could have been very interesting if the direction was better. Sadly, that is not the case. What Lies Below handles the story somewhat loosely. If you Google this movie title more, you will find many search results trying to explain the ending of What Lies Below. The problem is that in the last 5 minutes or so, the movie takes a leap. All of a sudden, the typical storytelling gets complex. The alienist type of guy who is running some sort of alien creature genetic experiments seems to have turned a human into a fully functional, underwater creature of some type – sounds confusing? Watch What Lies Below and let me know if you could understand the ending without a doubt.

Email ThisBlogThis!Share to TwitterShare to FacebookShare to Pinterest
Labels: is dark was the night a good movie, It Follows movie review, reviewing Dead Birds, should you watch what lies below