This might be blogging about something which already out there but I still could not help myself. This is primarily because Kingdom has been able to do what most other Zombie genre content, in the form of movies, OTT streams, or TV series, has not been able to do in almost a decade - this series blends unexpected characterization of the protagonists, challenges this entire genre with a solid storyline, and does not depend solely on the gore and horror of flesh-eating extras to engage your attention. 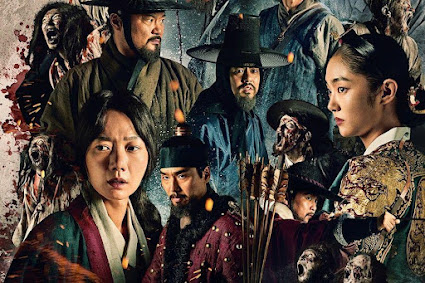 Kingdom on Netflix rides on what is perhaps its strongest appeal, i.e. a plot where the presence of Zombies seems like the perfect sprinkling on something that is already rather delicious if you happen to consume a lot of Netflix content.  For work-from-home professionals like me who have been waiting for something that can be watched in the regular mode with the audio controls turned on, and in the near-mute mode when the baby is asleep in your bed, Kingdom has proven to be the best pick. If you have been a hater for Zombie-focused visual content in general, despite the awesomeness of Will Smith in I am Legend, you really need to give Kingdom one real chance. You have to watch at least three episodes, without a break, to provide the series a genuine chance to keep you hooked.

Why should you watch Kingdom?

QUICK BYTES
Thrillist.com said that this show could be a good replacement for those who are still missing Game of Thrones - I totally agree. This is binge-worthy OTT content.
Vulture.com takes a more educated view when reviewing Netlfix's Kingdom saying this OTT show borders on mimicking the horror that is going on in our lives these days, drawing a parallel, with the Coronavirus taking over our lives. More importantly, their review concludes that more serious than the Zombie virus or the pandemic is the plague of greed and jealousy among humans and yes, Kingdom uses these feelings to make it stand apart as not just another Zombie-themed series.
Decider.com recommends you to give Kingdom a chance as the storytelling breaks the stereotypical things associated with the Zombie genre and I couldn't agree more - Kingdom does everything you expect from a Zombie-heavy series and still manages to come out slightly different...a lot more interesting.