Catching up with Fargo on Amazon Prime India 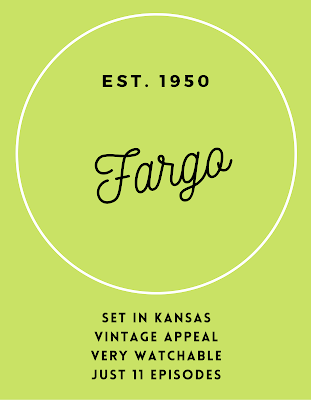 You might say that all the seasons in Fargo have been about crime and criminal syndicates, so another season might not offer something drastically new. That is perhaps where you could go wrong with Season 4 for Fargo on Amazon Prime - this season is heads and shoulders above the earlier three seasons. The storytelling has undergone a bit of transformation. Yes, Fargo has always had a penchant for sharing the background of a character, trying to detail the reasons for someone's ability to kill, unforgive, un-forget, or be a bit maniacally violent. This approach has been bettered in season four. The story plot might not seem too intriguing to you. We are all likely to hit the Google search and get a basic understanding of what the new season of an OTT series brings and this time, you will be told that the battle is underway between the Italian [Fadda] and N gangs [Cannon] in Missouri. What such summaries of the season will not tell you is that Chris Brown is brilliant and so are his deputies, whose names I really did not care to save in my mind.

Every character has a certain way of speaking. The early 20th century, automobiles make their presence felt. There is a certain slowness in how the story moves, constantly reminding us that during this time there were no emails or search engines making our lives easier. Most importantly, this OTT series puts the spotlight on how America has developed as a nation, the transition people have undergone as the cities developed, and how the margins between the colored and the whites were once well-demarcated, then got too close, and then, got blurred. Set in Kansas, the series touches upon every possible cultural impact that would have been felt during those days, especially the grooming of crime syndicates. There are constant references to someone first coming to America, getting off the boat in America, making America home, and these are often combined with different interpretations of what it takes to be an American or who is an original American.

To enjoy and to quickly decide whether you should watch season four of Fargo on Amazon, just remember that:

- There is a lot of talking here. The story writers are not worried about the amount of talking that goes into making the smallest of decisions.

- The pace is not rushed or not even quick. Fargo is not meant for you if you want an OTT series to do a lot by the time you are done with one mug of coffee. Fargo is meant for folks who relish the endless dialogues with every sip!