7 Influences Clearly Visible in Bhoot Police | Still Does Not Impress 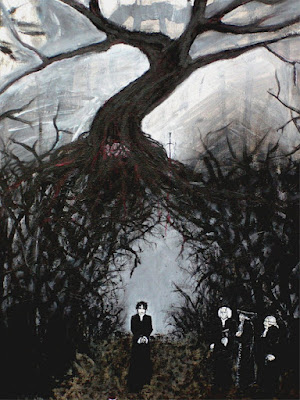 Winchester Brothers: Supernatural was a bit of a breakthrough after Buffy, the Vampire Slayer, in terms of being a TV series that was dedicated to monster hunting and extermination. Add some ghouls, fallen angels, zombies, and other out-of-this-world predators, and Supernatural addressed all of them with the duo of the Winchester brothers kicking some serious ass. Bhoot Police surely borrowed this idea but the chemistry between Arjun Kapoor and Saif was just not the same. I cannot call this a lame attempt since it was done decently but it just did not make an impact.

The Grudge: Hollywood remake of the Japanese horror icon laid new standards for presenting the creepy type of horror, moving away from the horror genre that was typically high on special effects. One thing that every first-time Grudge watcher would remember is the body twisting and bone crackling sounds. Bhoot Police borrowed the same, on two occasions if I remember correctly. The impact again was missing. It was done a bit too quickly and without any creepiness being created.

Country Homes: If you happen to browse a lot of OTT platforms for horror flicks, one pattern emerges. Many of these movies are based on urban or suburban homes that have countryside decor. The result is a lot of wood-creaking noises that help to build up the scene when something is about to go downtown. Bhoot Police too borrowed this but did not use it enough - the hillside setting was largely wasted. Scenes within the bedrooms where the large, wooden walls would have served as the perfect backdrop for the evil in motion, were rushed.

The Sixth Sense: Bhoot Police has Saif actually saying the words, "I see dead people" and for a moment, it is funny too. The timing is not that bad but the reaction you expect from Arjun Kapoor is not there. This might have worked better in the cinema hall setting where sometimes, one laughter brings about a wave of the same. Apart from that one linger, Bhoot Police did not borrow anything else from the Hollywood classic.

Sleepy Hollow: This was perhaps the most obvious of the influences that the Bhoot Police director could not resist. The scary tree with the big gaping hole is a direct lift from the Johny Depp entertainer. While Sleepy Hollow was comic and suspenseful at the same time with some sprinkling of humor, Bhoot Police could not pull off the same recipe. Instead, it reserved itself to borrowing the forsaken tree but this tree looked far more dubious and frightening in the Hollywood original.

Race, Backstreet Boys: Remember the ritual of the item number that appears after the movie has officially ended? This is a trend that has been with us for some time, and Bhoot Police did the same. Only that these guys were heavily influenced by the song number created by Backstreet Boys for their horror-themed song 'Backstreet's Back', and that video still remains miles ahead in terms of being creative while the Bhoot Police song-and-dance routine comes at a distant second. Not a bad attempt, but not too great either. This number also has a tune that reminded me of the Race track that at its time, was so enjoyable but am not too sure if I am connecting the right dots for this similarity. 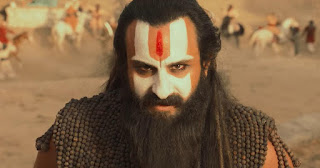 Lal Kaptaan: It is okay if you have not seen this Saif Ali Khan movie. Those who did would recall some major similarities between his gait and costume and how his character is presented in Bhoot Police. In fact, Saif does seem a bit interested in doing the ghost-hunting and vampire-killing type of movies but he needs to understand that this genre requires a certain degree of scariness as a part of the many things that the audiences expect. Bhoot Police is not scary at all, and Saif in his Lal Kaptaan type outfits really tries hard to pull it off but the direction just does not give him the space to do it. Now, Lal Kaptaan closely borrows from what Johny Depp was in the Pirates of the Caribbean, and Saif does not do a bad job of aping it but the movie does not allow him to really impress!