Catty, Animalistic or Just Fashionista? The Truth is that Animal Prints Don’t Make You Look Any of These… 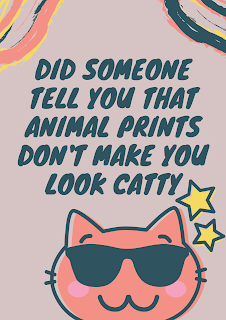 Women of all ages are guilt of doing it - assuming that animal prints, particularly that hideous rip-off mimicking the cheetah or panther hide, make them look more sumptuous, boosting their aesthetics. Those dotted patterns aren’t fooling anyone. You are not wearing an exclusive apparel and if you were, wrapping yourself in a rare animal hide basically proves you are an inhuman idiot…

It is not about how vegetarian you look. 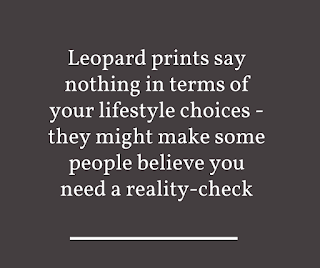 Leopard prints have been adopted by some celebrities, proffered by some fashion houses but there is nothing progressive about them. A fashionably aware lady is more likely to wear something that does not seem like camouflage clothing or as the call it, camo clothes. If you read into the historical background of animal printed apparels, it is an outcome of Europeans who raided all the continents and the white folks took a liking to skinning and wear animals that were running around in big numbers. A few centuries later, into the present, and we still have European and non-European women, including those with absolutely no DNA outreach to colonial families, wearing clothes with faux prints. The thought behind it? Anything, and anything at all no matter how abysmally stupid, must be sustained since it seems like a trend in developed nations. 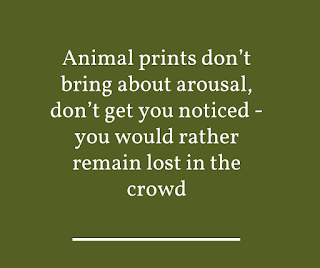 If you are a lady and you honestly believe that wearing body-hugging animal prints is the way to grab attention, you are right – you have the spotlight on you, assuming the spotlight was reserved for the most desperate women out there. This is not about sexuality. Animal prints don’t make you look sultrier or hotter than you actually are and they don’t attract men unless they are so drunk that their piss would pass for 20th century, matured scotch. It just shows how fraught you are for not being noticed and if things come to a standstill with some Adams not staring at you, nothing will stop you from flinging your undergarments at the party. 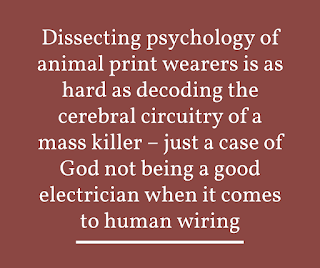 Some fashion gurus believe animal prints don’t age. For some reason, their weird minds conspire to think and believe that as long as you have something that resembles the tiger’s skin, you will make sense at an event, as a reasonably dressed lady. The reality? The style expert who says such things is probably making a living by stealing someone else’ ingenuity and you don’t have the in-born filters to sieve-way lifestyle information that is more whim than rationale. Essentially, the wearer and the trend-spotter should try dating each other.