Workout Disasters - Reality over Mind over Pain - am I losing to chimps? 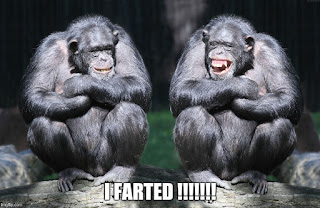 I read this during a recent bout of some late-night reading. This is about chimps being stronger than humans, pound for pound and that too even if the human involved in the comparison is well built, not the obese types we usually come across. This means that if I met a docile looking chimpanzee, not the huge King Kong sorts gorilla, I would still be weaker than the big monkey creature!! The study was actually about finding more about the similarities between chimps and us.

However, during the course of this humiliating study, it was revealed that not just the testosterone-loaded male chimps, even nursing chimp ladies are stronger than a human male specimen of equal weight. It gets further shocking as lady chimps are known to easily rip apart barks of trees and thick branches in the most casual manner, using their fingertips. If that kind of tensile strength and force calculations is translated into human environment, none of us, the usual Joes, would be able to match the chimp woman. The research was more about finding similarities in the musculature of chimps and humans and their emotional expressions. 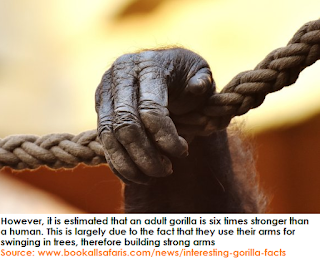 However, as the research progressed, the guys doing all the fancy Sciency stuff took time to calculate how humans are humbled by chimpanzees, hands down! This is a mockery of my efforts at the gym!! Unacceptable!! I am ready to be a part of this study and smack down the living apeness out of a smug Chimp—bring it on I say, I am no less than any animal.

Email ThisBlogThis!Share to TwitterShare to FacebookShare to Pinterest
Labels: how much can a chimp bench press, how much stronger is chimpanzee compared to humans, how strong are apes, how strong is chimpanzee, human evolution, human versus chimp, silverback gorilla strength