Why deep-throating DIGITIZATION in India is stupid? 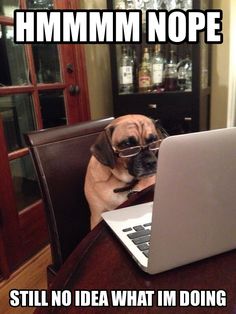 This is not going to be elaborate, perspective-sharing type of writing – the title says it all and I have my reasons to believe that as a nation, digitizing us in a comprehensive way is not a smart choice. The issue has been in my mind for some time now, with all the frenzy around getting your Adhaar Card linked to possibly every bit of ID or official record out there. It seems that the Indian government is trying to create something like an SSN – social security number, which the US has been using for centuries. Still, the Indian way of managing things is very different. For starters, collating all the data under one type of ID is not the smartest thing when you know that the government resources handling all this privacy-maximum data is highly corrupt.


The data can provide more avenues to corruption-bred officials who must already be scratching their heads as to how to use this growing wealth of data that will provide them more pasture to arm-twist money from smaller businesses, the ultra-rich and the taxy-conscious middle class that is now a burgeoning community and is adding financial assets, sometimes succeeding at paying the minimal taxes. Having access to sensitive and utility-maximized data is not a wrong thing but remember, this data will be channeled through highly polarized, official agencies, often manipulated and contorted by departments who have been nurtured in an environment thick with bribery, hell-bent on asking for supposedly token amounts for doing their everyday, official chores.

The other problem lies in digitization being forced down, almost deep-throated, across people who are still an ocean away from using digital interfaces. Their understanding of cyber-data handling is negligible. This includes folks who recently retired from their longest gigs at banking institutions but are yet to get familiar with hashtags, don't understand why things are getting increasingly @-fied, think Google is a terrorist organization and are highly volatile to leaking private details as a part of merely understanding the digital circus. Basically, digitization is Good but unleashing it like instant noodles is Bad – the fingers are raised only if someone was honest enough to look at them!


January 29, 2018 Update: What happened to getting a functional democracy?
There is already talk of the 2019 elections being preponed and held in 2018 itself. This is what happens when a government overshoots, makes promises that were just knee-jerk reactions and spend more time on applying the moisturizer before an interview rather than understanding the dynamics of policies that need to be disruptive and effective, in a blend that cannot be found anywhere else in the world!