Just Some Fleeting Thoughts about ‘Could Have Been Better’ 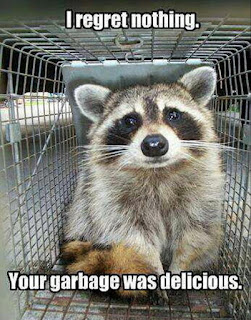 I have been constantly cutting out the psychological flab that tends to weigh heavily in my mind. Just like unwanted adipose deposits, these feelings of regret and not getting the chance of redemption can kill your spirit, downright bury it so deep that you find the daily routine too hard. The progress has been good. I have let go, forgotten, forgiven, and embraced most things in my life.

However, every now and then, some momentary thoughts do surface when I hear about someone getting hitched. Yes, marriage-related discussions, no matter how short or long don't make me nostalgic. Instead, a feeling dwells that things could have been done a lot better. In the months following my tying-the-knot moment, I realized that my limited social interactions had taken another bite without my realization…a bite from my pie of happiness.


There were so many things, including some major logistics of the event that were lost primarily due to my inadequate knowledge how these once-in-a-lifetime events should be planned. Though this is not a typical regret, which I have now learned to let go, it does surface, sometimes for a mere couple of minutes, sometimes when having the morning tea. Again, this is not a question, quiz or problem that needs a resolution or an accurate answer – some things are just the way they are – not meant to upset you, not inclined to make you happy – they just occupy a bit of floor space in your mind!


Recently, I have been having these visions that are slightly introspective and somewhat disturbing. This is about the time when I was seriously pissed-off about how the family was not holding itself together during times that were challenging but not impossible to navigate across - home seemed more like a living space for disjointed individuals who cared, knew each other but could not reach out in a manner that made an impact. During this period, which was rather long, my psychological deterrents surfaced, i.e. creating mental blocks that tend to impair productivity, patronize pessimism and leave little room to be a fighter, never a winner, always circumspect about life itself. During this phase I could see my mother becoming more worried, the physical health too had started deteriorating but I chose to stay aloof. This cannot be called a cocoon since I was not insulated from what was happening around me. I had not created a wall of positive thoughts and mental toughness that could help me get through this period. I simply chose to be ignorant, be less concerned, made a choice that would haunt me in the longer run, and did not have the composure that is expected from a 20-something, reasonably educated and decently-informed young man - to this, I confess!