Changing First Name or Surname Post Marriage: are we overthinking it? 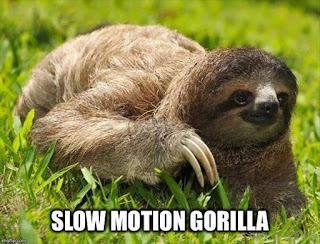 I am not going to dig deep into the subject that is very obvious – women are expected to change their surname after tying the knot. Lately, women have been using their surnames, sandwiched between their first name and the groom’s family name. Recently, I came across another marital norm where the bride’s first name too is changed. Shocking for some, this is rather common in parts of western India and provinces of Sindh, Pakistan. For some women this can be demeaning, almost a threat to their identity. For others, it is just about following a culture that is deep-seated into a community.


I discussed this issue with some of my friends and a few viewpoints were surprising. One of the guys, with substantial BPO experience, opined that they had to change their names, taking upon alias, as a part of their customer-calling duties at the workplace.

Another perception was that this practice is just an extension of taking upon a new identity post marriage, restarting your life with a different family, a roommate and confidant, and new responsibilities. For me, both the opinions were shocking – I was hoping to get an answer more along the lines of why a woman has to surrender such bare essentials that make-up her existence. Logging into a software with a changed name or calling potential customers overseas using acquired names and pronunciations is a totally different thing – these are things done to get a job done, it isn’t imposed on someone under the guise of a must-do to please the family elders.

Similarly, using an alias to publish a book is a voluntary choice. I remember seeing a documentary on the Afro-American society in the US where the film's content captured what transpired during Martin Luther King’s widespread acceptance as the community’s ambassador. At this time, there were many campaigns that ran simultaneously, including those aimed at giving women more independence, being treated with more respect. Women fighting for this cause took to the stage with a list that had smartly-camouflaged cuss names or unconcealed (and brutally offensive) phrases that were commonly used to address a woman.

My opinion? We are overcooking the situation. Your name, chosen by your family, should be forever unless you choose to have it changed. Anything else seems unnecessary, with wafts of belittling someone…and yes, this is still better of what I have been hearing - it turns out that many people whose native place can be traced to parts of Sindh and pre-Partition Frontier often indulge in getting first cousins married. Not sure why would they do this considering this practice has been medically condemned as it amplifies chances of birth defects by a million times. First cousins marrying among themselves?...getting uncomfortable here!