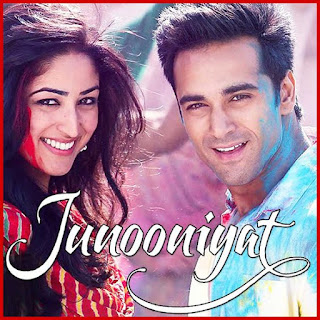 What translates into Obsession is actually referred to as a "2016 romantic Indian Bollywood film" in Wikipedia but spend 20 minutes with the content and you will agree that there is very little the director seems to obsessed with apart from trying to stretch a story. Actually, the story is not bad but the eventual dish that is served is sprinkled with mediocre songs and poorly imagined background music and a plot let loose in such a way that you question whether this was worthy of spending your money - I did not spend any as I saw the 2016 movie on a TV channel. Pulkit Samrat isn't that bad but when the story is as fragmented as India's socio-economic policies, with nobody bothering to hold it together, you cannot blame the guy for seeming so weirdly positioned. Pulkit does not look like the leading man in the movie and still occupies considerable screen time. His pairing with Yami Gautam was spoken about by my friends and I had heard the same on FM Delhi stations but she fails miserably as a lady who would self-annihilate if she does not get her man. The music score is without an impact. The lyrics seem OK but when the vocals of singers who have not paid their dues gym-style, you cannot connect with it - that also sums-up the impact the movie made on me - just could not join the dots, leave alone walking the dotted line!

This movie needed a cast that could portray the obsession that is love like a disease that takes over your mind. This intensity is missing, in fact, it seems to have been totally ignored. Supporting cast does not try to add humor which is good in a way but then, we could have used some breaks from Pulkit looking like Yash Raj Film hero even as he serves and protects the nation. Yami tries too hard in places to cry and force you to believe that she is a damsel who can slit her wrists if love enchanted is taken away. Does she fit the bill? Not really. Yami looks beautiful but does not convince you. Pulkit seems too restrained, as if afraid of acting too much which in turn, might expose anything he is trying to hide. His performance is passive in a way while Yami seems intent of being the enforcer. The story idles a bit too much after the first 30 minutes. There is some lost momentum regained as the marriage party-crashing cast meets the American Desi types. The closing minutes again don't rekindle that the hero and his lady yearn for each other - they seem to have given a good performance but then this alone has never really helped a movie make money, has it?

Impressed? NO
Can be recommended: NO
Can be forgotten: YES...please!