The ‘Monsoon Warrior’: If You Use It, Don’t Abuse It 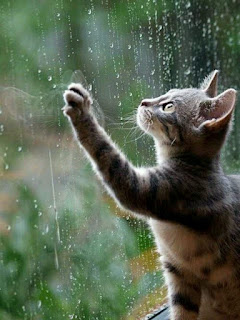 Few nations in the world can boast of a weather phenomenon so influential that it can topple governments and impact nearly every aspect of human life by its erratic ways—I am talking about the Monsoons in India. The Monsoons are so mighty that they can drown the entire Mumbai metropolis within a few hours or decide how much we would need to spend for our daily bread through the year. However, there is one warrior among us, made of steel and absolute grit that doesn’t succumb to the Moody Monsoons. This is the Delhi Metro. Today was a pleasant day when the Monsoons, so far conspicuous by their absence, arrived and threw the capital city out of its comfort zone. To make matters worse,
the Northern Grid had tripped and the Metro was left reeling with no power! However, to the dismay of those who laugh at the commoners like us who travel day and night in the overwhelmingly crowded tube train, the Metro didn’t accept defeat.


Within a few hours, wherein some idiots had started verbally abusing it, cursing it for its lapses, the Metro was back to its usual benchmark of performance. I must say that if the Metro could hear what some people say about it, rather b***h about it, every time there is the smallest of snag, it would seriously re-consider serving the people of the city. There are some hard realities that the Metro-bashers seem to forget—before it arrived, lives of those who travel daily across the city were at the mercy of killer buses and the Goondaraj of auto-wallahs.

Now, that we have at least one, dependable and honest mass transit medium, we better be thankful for it, use it sensibly and accept that like everything else in life, the Metro isn’t perfect but it works to our advantage and delivers without fail.