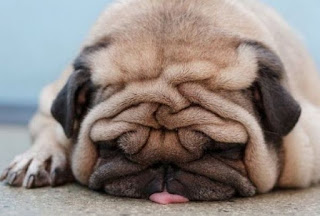 I guess this discovery should get me nominated into the league of folks who have contributed significantly to deciphering the human behavior or more precisely the human sleep patterns. At a time, when most leading magazines too have run out of ideas and cannot write anything new about sleep, sleeping habits, sleeping problems, etc. I have unearthed a new kind of sleep! Yes, this might surprise you but keeping my observant senses in the switch-on mode has finally yielded results. I have titled my discovery as the “Metro Sleep”. This kind of sleep is
seen among only those who have the fortune (or misfortune) of riding the Delhi Metro. The “Metro Sleep” presents some very different features when compared to our understanding of what comprises human sleep. For starters, it can be easily manipulated. For instance, as soon as Metro riders see an aged fellow or a lady approaching them or having just boarded the Metro their eyes start getting heavy.

Whether this happens due to the realization that they are too cowardly to look into the eyes of people to whom offering their seat would seem like the right thing to do, is something that would need a lot more scientific (and moralistic) proof.
Secondly, the Metro Sleep is gender-specific. It is hardly ever seen among the ladies. It has a bigger prevalence within the age group of 15 – 40, among guys. This is quite understandable since men are most likely to be robbed of their seats considering that the Metro policy-makers forgot about them when distributing the entire seating capacity among the disabled, abled women, older women, pregnant women, unbalanced women, egoistic women, hyperactive women, cleavage-flaunting women and basically, women of all types.

Lastly, “Metro Sleep” has a self-optimization system that works with amazing precision. This means that as soon as the victim of this syndrome sees that his potential seat-snatcher is now lost in the Metro crowd or isn’t close enough to pose a threat to his seat-occupancy, the sleepiness evaporates almost instantly.

It is unarguably the smartest form of all human sleep types that have been discovered until today. It works in absolute coherence with its victim’s self-interests, doesn’t induce much lethargy and seems akin to hanging your head in shame, albeit with your eyes shut!!