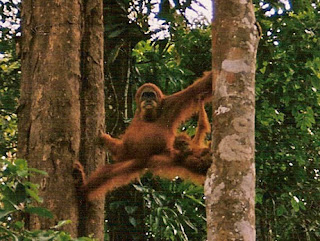 You must be thinking I am asking you to do some yoga posture that requires you to really stretch yourself. Naah!! You couldn’t be more wrong. This is more of a handy tip to make yourself more comfortable when aboard the Delhi Metro.I have noticed that most Metro commuters really struggle to balance themselves. The smallest of jerks seems to throw them off their balance. I too faced something similar during my early days in the Delhi Metro. Every time, I didn’t have a firm grip on the support rods or the hanger-like danglers, I would fall upon a fellow passenger who would either frown with utter disgust or just smile, i.e. in the case of men. The few instances wherein I brushed against a lady, the expressions ranged from an “UFF” that would have done the Princess of Arabia proud to a lethal stare which suggested I had some seriously ulterior motives. At one point, I was seriously contemplating some exercises that could help to improve body balance with the goal of getting better stance during the Metro traveling hours.

Moving ahead, if you are serious about balancing yourself on the Metro, even without holding on to something—“just spread your legs” to the maximum. I realize this phrase has a somewhat twisted meaning for women, so am going to limit myself to guys only. I have a biggish frame and I am more than 6” tall. To get my balance right, I spread my legs beyond my shoulder width. The further you can spread, more immune you make yourself against being thrown ahead or backwards, every time the Metro jerks.I really don’t understand the Physics behind my tip but it does seem to work rather well.

Even if you find the Metro crowded, just ensure you slip your foot between that of others, twisting and turning it like a snake, unless you feel that stretching any further could compromise the health of your groin or your manhood. It is not just Delhi and isn't just me who faces the issue. Ask daily commuters in Japan, being served by an astronomically better public tube system, and you will realize how finding space in the most crowded trains is actually an acquired art - it does not come easy. You need to practice the trade. There are some very handy tips shared by Andrew Griffiths in this 2015 blog in the hyperlink that preceded this sentence - click and read about them if you are going to be Metro-traveling regularly.

There is a bit of Physics and Body Science involved here and people with rock climbing credentials might be more likely to get a better grip than you, and also fall over less often. From the one-finger hold to the shoulder-press gate phase, from tip-toeing like the late MJ to letting yourself being taken along in the river of humanity, there are so many tricks to travel better in crowded trains that you cannot read about and imbibe - you have to pay the dues, suffer and get better at this!