Why don’t I have the focus or irrational interest for marathon TV-watching sessions? 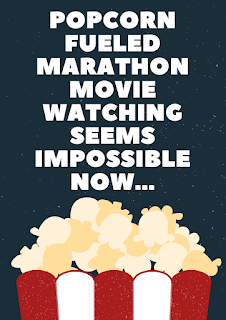 For the Apple-fed generation, this question won’t even make sense. I am talking to the millennials who were put on this Earth between 1975 and 1985. People born during this decade would understand the changing and highly disruptive dynamics of TV watching. We were brought up with a simple belief that TV was supposed to be the storehouse of entertainment. However, access to it was limited. It was routinely filtered and purged by family elders. Having free access to TV without their presence was a good omen, a sign that the Gods were happy with us. For us, Television had real potential, a promise that was unspoken, and it shared space in all of our future plans. After all, the type of TV program cart we could boast about and our TV model credentials was a direct commentary about our lifestyles. The poorer among us would fantasize about having unrestricted access to overseas programs while those who could manage it were treated like royalty.

The Cable Guy…the phase, not the Movie

This phase soon gave way to the inception of Cabled programs that threatened to ruin our private haven, groomed with much pain and suffering, that worshiped the Television. This also brought about another change – now, TV-watching was not about an hour of supervised activity. We found the genuine interest and rationale of watching endless movies and sports broadcasts. We knew that the future was semi-perfect for us now that we always had a TV to air something interesting throughout the day. Having parents around did not seem that critical while having friends was like a topping you could do away with. The TV had positioned itself as the matriarch, patriarch, and future-arch and it couldn’t be challenged by anyone, anything, any entity but only itself!

TV Love No More? Quite the Contrary but then Something Happened

No, I am not detached from watching the television but despite longer viewing hours, there is a genuine dip in the love for this exercise and the happiness it used to deliver. And strangely, the viewership hours continue to pile on. It is difficult to specify what went horribly wrong. Something did for sure and I am trying to join the dots.
The TV chords got shorter and sleeker and so did our attention span. TV got smarter and so did we, fed by Google’s search engine results but I guess equally smart entities have little to do in terms of grabbing each other’s attention. The content being transmitted got more professional rendered and we too developed a more formal way of doing things, with everything around us, from diapers to opinions, smartly categorized, indexed, and shared, with a platform, a channel, a medium for each defined to us by absolute strangers. It is strange that this marginal community of not-so-young folks that I am a part of cannot relate to the idiot box. The irony is that with more content being piled on and literally everything from the innermost view of your intestines to a developing womb being just a channel-flip away, the idiocy seems to be overflowing.
So, what is happening with me despite more-than-necessary televised content being available all the time? A genuine lack of interest in almost everything being aired. Yes, there is a bit of curiosity that kicks in when slick ads of a new series or genre-defining movies flashes. But largely, there is a massive deficit in TV-watching attention. The fingers are always fidgeting as if the next channel selection is going to rain something horribly awesome. Even on OTT platforms with monthly subscriptions, I am usually following or trying to follow, three to four shows simultaneously. The patience to complete a season seems flickering. That feeling of goodness after watching a few good episodes just does not surface.
While I repeatedly plan to finish a season on a given night, the result is usually a couple of episodes and then losing interest. I really wonder what makes people undertake and accomplish marathon TV watching these days. Even pro-wrestling shows cannot hold my attention for too long. I would say that watching anything dedicatedly for up to 1 hour is the challenge and benchmark right now - if I can do this, it means the content genuinely got me hooked.