A Highly Uneducated view on why COFFEE is considered a LANGUAGE in its own right? 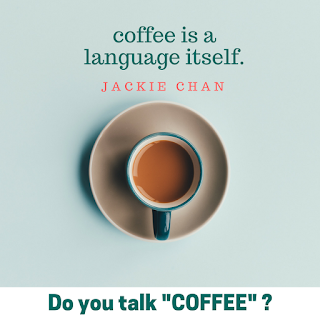 Caffeinated conversations can be as strong as the freshest brew, high on opinions and passionate rationalizing – obviously this type of social interaction is not for everyone, not everyone speaks coffee that well!

I personally believe that while many people overdose on this stuff not all of them actually realize the gastronomic culture they are a part of – it is an everyday legacy that is always alive and kicking. The curious-eyed Adams in college fraternities simply crave the rush or need it for marathon, overnight revisions leading up to the exams. High-on-caffeine decisions makers handling key profiles and top-notch roles seem to be drinking coffee as their daily fuel. This variety of coffee is obviously more educated. You get less pounds for higher rates. The brew is usually an international version or some Amazon bestseller sorts. The real doers who are like the crew of any workplace drink coffee in a very different way. For them, it is about keeping-up the motivation levels and using the caffeine rush to catalyze more high output moments…the more, the better. The elderly at home might keep away coffee from their evening and late-night excursions. Seems like they cannot handle the elevated pulse rate but do like their brew when they need to step out into the harsh world to get things done that they believe their thankless children should be doing!

Just like Life, coffee can be bitter first and rewarding later. Just like the highlights of your life, you can never get enough of the caffeinated highs. Losing its European or colonial influences, coffee is spoken throughout the world and it is as vernacular as any other global language

There is a universal culture that breaks the biggest physical distance challenges and connects people in the most unusual manner called, coffee. While not many people realize that this language is native to Ethiopia, everyone has something to say about how it can be bettered, which dialects are more refined and which linguistic version is most likely to deliver the kick. This is not just another beverage the world loves. This is a social and cultural language that is the result of decades of cultures melting into each other, creating something so disparate, unifying and globally acknowledged.

There is a theory about coffee being called JOE because it was a common man’s drink, a part of their daily grind. It was cheap and readily available. However, the social positioning of coffee has undergone a dramatic change. It is there for sure, at every hierarchical level inside and outside the organization but now your cup can give a glimpse about the lifestyle you can sustain - perhaps, the reason for Starbucks to become global


You don’t want to understand all of the customs that make-up the coffee demographic. There is just too much to observe and learn. A lifestyle magazine online speaks about how ordering cappuccino after the morning hours is considered crass in Italy. Unbelievably, it is not the theatrical Aussies who consume the most coffee but Finland that accounts for the maximum coffee love. Each of these nations have different regional and national methodologies that makes each cup of brew that much closer to their preferred flavor!

Email ThisBlogThis!Share to TwitterShare to FacebookShare to Pinterest
Labels: global coffee influences, how cultures affect coffee mannerisms, what is the coffee culture like, why is coffee considered a globally spoken language