The Pencil Thing: When Life Pulls You Back to the Basics! 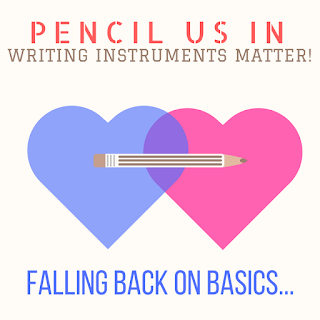 I could have never imagined that some time later in adult life, I would have to make a comeback to writing with pencils. At school, progressing from pencils to pens was regarded as a significant shift. It is treated as one of the many signs that you have arrived at the  doors of young adulthood. As we progress further, lives take a more professional form where pencils are regarded kiddish and pens, sometimes the luxury variety, are looked upon as standard tools. However, sometimes Life can pan-out in such a manner that whatever seems standard or natural needs to be re-evaluated.


I am now returning to the basics, i.e. writing with pencils, and this is why…this is not about the medically documented benefits of writing with a pencil but about the psychological, more humane side to the story. 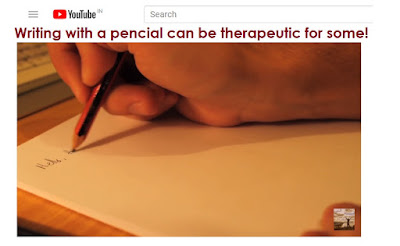 You must have read about my mom’s Parkinson’s on this blog. It is a cruel disease and sometimes I wish, I could lash out at the health research community as to why a vaccine or cure for it is still missing. One of the primary, most prominent diagnostic symptoms of Parkinson’s is Micrographia. Here, your handwriting becomes smaller and smaller, up to the point that it is almost unreadable. Signing cheques seems like a task. You cannot fill up a standard form since you write almost out of control, scribbling with such great speed that it looks like as if the pen you are holding has a mind of its own. My mother had this too.

As as part of her therapy, the neurologist recommended going back to writing with pencils. According to him, the pencil tip provides more grip and is easier to control. For nearly a month, I did not heed this theory, fully assured that pencils are no ways superior to pens that I hoard by the hundreds. After a few weeks, I saw my mother practicing her signatures with a pencil. Her handwriting, though not back to normal by any standards, had improved significantly.

I Make a U Turn

Over the next few days, I put using pencils to the test. I have this habit of scribbling ideas that I deem are worthy of being blogged. This includes spontaneous ideas for this blog too! The results have been shocking indeed. I write much better with pencils. The grip is easier, the alphabets are clearer to read and it doesn’t look as if the words are fighting a battle against each other. Invariably, there were some real benefits to writing with a pencil and even if you happen to be a working adult, there are small avenues hidden in our daily lives that give the opportunity to hold one of the most basic and forgotten tools of learning and skill-development.

To give company to mother for her writing practice, I plan to stick to the pencil for some time. Pens, just like adulthood which I chased with such fervor, can wait…sometimes, going back to the basics helps you realize that what you left behind wasn’t necessarily as humble as it looked. Living life in the present with an eye on the future is critical. But every now and then, a peek into the past can help you reconnect with your past and sometimes this can be therapeutic. If you want to read about this, try to search the web for psychological or neurological advantages of using a pencil over a pen and not those related to merely better handwriting...