No Mom, I am not throwing away God!! 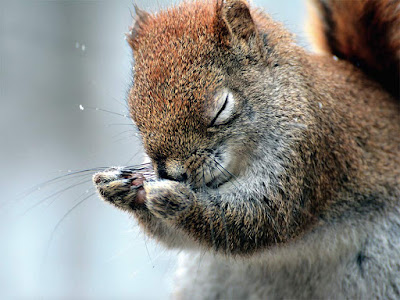 This is going to sound strange to many of you and I would like to clarify at the outset that I am not the wrong one here. We get a lot of invitation cards and calendars and other items that have images of Om or Ganesh Ji on them. Undoubtedly, we like the fact that people choose such stuff to signify peace and prosperity. However, after some time, everything loses its utility. You cannot hold on to everything you own. A few days back, I dumped a few of these invites that carried such images. After a few hours, I realized that during my growing-up years this was a serious issue with my mom. She would go hysterical upon realizing that I had mis-accomodated God!


According to her, all things with logos, prints, images, etc. of the almighty were to be revered. I cringe at the thought now and more at the fact that at the time, I would take this very seriously. At one point, I recall being clearly nervous after having committed this crime, fearing God would fail me in my Mathematics exam!

Now, I have managed high school, graduation and post-graduation. Now, I can take the risk. Also, now am a seasoned consumer and citizen with more than 35 years of having survived this planet and the mediocrity that is human race. I believe I deserve to have an educated and individualistic opinion. The entire idea is weird – just because something has anything remotely connected with the Supreme Power, it is deemed special. There is another side to the story and this is my side.

If you look at the packaging used for packing sweets/mithai during the festival season and as a part of wedding invites, the boxes have Godly characters printed all over them. There is a huge contradiction here since at our homes and workplaces, we park a space dedicated for idols or whatever keeps us rooted in our religion. When did all God-related things become so regular, pushed out of the zone of sacredness, into printing presses and being pushed, layered, packed and pulled around?

Another contradiction lies in how during the idol-dunking season, we have idols of nearly every Hindu deity being dumped in the most horrible waters, some more like sewage-fed streams rather than being pious rivers. I am still ready to absorb this superstition but then, let us not commodify God to such an extent that it catalyzes irrational responses…Amen!!

Email ThisBlogThis!Share to TwitterShare to FacebookShare to Pinterest
Labels: how you interpret religion, idol worshiping, immersing idols, managing ageing God idols, praying, thoughts about religion, what is your faith like