The Actresses are Revealed 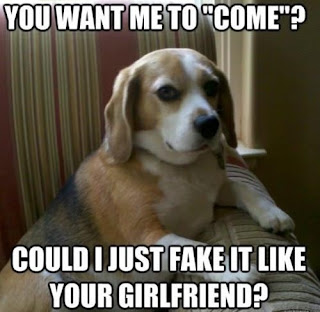 This happened to me when I was naive about the ways of the Delhi Metro. I was comfortably seated in the General, non-Ladies section as the next stop approached. A fair lady, in her mid-30s approached me. She had a body language which suggested that she couldn't take "No" for an answer. However, I did not mind seeing her in the eye and not moving from my seat. There is nothing wrong in holding on to your seat when the Delhi Metro offers dedicated lady's compartment and reserved seats. As a man and a paying customer, there is nothing wrong with me wanting to comfort my aching legs and bums.

Realizing that she was not going to get any pity from me, the lady changed her game-something I realized much later. She turned from looking dominant to downright, doormat submissive. She construed her face in the most odd way and started panting so heavily that it would have done a Dalmatian proud. Now, her game proceeded to the next level. Within a few minutes of engaging my attention with her eyes and standing close to me, she leaned towards me, her pitiful expressions intact, and told me she was very tired from running around.

Not realizing her ulterior motives at that time, I instantly offered her the seat. Was this a smart thing to do? Hell NO!! Only a few seconds on to "my" seat and the lady looked as refreshed as the first roses of an autumn. She was in her elements, making phone calls and shouting without any worry for how she was damaging the peace of the entire coach. The panting had vanished, the non-existent sweat had dried-up and she was as energetic as a hyperactive teenager, often engaging in conversation with those around her too. I was shocked to realize that the lady had used her femininity and manipulative acting skills just to screw me from the seat. The biggest shocker was yet to come.

She got done just five stations later! Just imagine what people are capable of doing for a mere 10 minutes of seated comfort. Seriously, I am too naive with the ways of the world too!!