Reviewing Guess Who – Inspired by Guess Who’s Coming to Dinner, without getting Desperate! 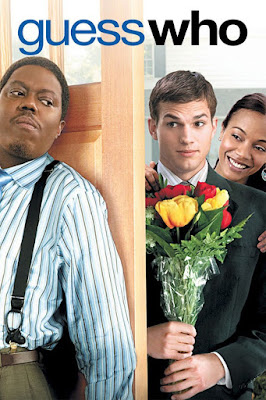 There was something very likeable, very identifiable with the original – Guess Who Is Coming To Dinner has been repeatedly referred to as a classic. My wife really loved it while I just like the movie. In parts, the movie is brilliant. The cast seems like the ideal fit for the story that is really just about a very friction-heavy evening with conversations and arguments explaining everything, leaving very little to doubt. What has been referred to as Sidney Poitier’ best can be remade but the remake has to be really good—Guess Who comes close to being a remake but it seems like a more contemporary, spicier version of the original, borrowing the basic plot and keeping the overall treatment very different. Thanks to Ashton Kutcher, the laughs are not contrived. His future father-in-law is Black and dominant in a very literal way but the performance is rather good.

While the original is more about measures sentences and expressions, Guess Who is more like the type of Rom-Com we have been seeing from Hollywood. Guess Who has a much faster pace. It touches upon on the socioeconomic differences without trying to categorize people too much. While Sydney had some brilliant exchanges with his father in the original, Guess Who has Kutcher being dumb and smart, and dumb again, in very believable manner. Don’t want Guess Who with the expectations of a sequel or a typical remake. It uses the same story but then creates very different characters. The familial setup has been portrayed with the right mix of being comical and realism. The final product is rather humorous, in patches without trying too hard to make you laugh. Watch and love Guess Who for the nimble handling of the subject. Don’t expect the remarkable dialogues that made the original so popular. Guess Who is a definite watch without any doubts!