Rooting for Bringing Back the Stupidity in Zombie Movies...nothing artistic about it! 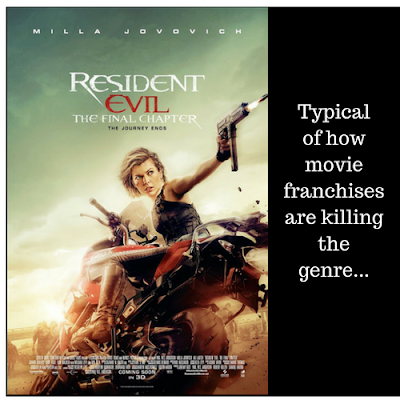 Like everyone curious-eyed teenager, my love for Zombie movies began just around the time when hormonal growth was in the throes and daily testosterone resurgence was making a heavy impact. This meant an unending fascination with primarily white & yellow-faced bodies being slashed, and cut down to smaller pieces where the chopped-away body part often had this individual ability to move around! But somewhere down the line, not due to too much TV, the entire charm with the niche died. Not sure why but I can understand that this has got something to do with ditching the old ways of making Zombie movies, choosing the modern, more digital way of doing things. You see, the charm of Zombie mayhem lies in stupid finishing touches.

You need to see the red being saucy, straight from some gravy being cooked in a food van. You don’t want your mainstream performers taking upon such roles. There is no substance or seriousness about it. Zombie movies are meant to be popcorn stuff, light, and very digestible without trying to impose a storyline on you. You don’t need a script. Just a hint of some storyline that keeps the characters moving towards the last few minutes of widespread splashing and slushing in red gets the job done. Thanks to too many special effects, that love affair with casual nudity and the typical boyfriend-girlfriend scenarios that were found in nearly every Zombie movie died.

Today, the Zombie genre is being made with more reasoning and this is exactly what is spoiling the show. We don’t need real characters or virus types to know what started the dead chasing down the alive, trying to eat everything that lay in their path. We don’t need characters suffering from a difficult childhood. High school idiots and the all-assuming sports team coach chewing gum were good enough. The local sheriff did have a sculpted body. We hardly ever knew the name of the cast. The humor was always indirect and never cooked up.

Now, zombie movies are fueled by proper casting, massive-scale special effects, and lots of explanation along with the biggest names in the business trying to portray roles that need a callous effort. Something like “I am Legend” remains an exception. You see it for a very different way of treating the subject. Will Smith brings a new dimension to the role.


The sciency part of it is beautifully restrained. Human emotion is used generously but in a very vulnerable way. There are not too many characters since Will self-challenges and befalls what his mind creates. Cannot think of finding anything equally good in the last few years of Zombie wars that had huge build-ups with major studios talking about doing it differently…please just leave this one out from digital commercialization! 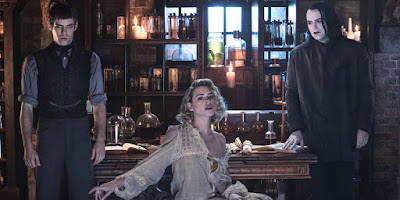 I just started watching Penny Dreadful on Netflix and though this is not your staple Zombie type of TV Drama series, there is some degree of zombification at work. You get a very young and highly twisted version of Victor Frankenstein who is busy creating his monsters, bringing back dead people to life. However, Penny Dreadful does a beautiful job of infusing life into these characters. The typical zombie traits have been humanized more. You see one of Victor's creations walking around like normal folks, a zombie who is self-educated and has a better-than-average vocabulary and it is only upon close inspection that his zombie reality is established.