Dhanak: movie for those who prefer organic expressions, a story without a push... 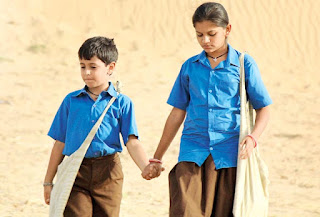 What is it that you expect when choosing a movie title? A great story, a plot that keeps you engaged, performances that are either realistically raw or larger-than-life – what else? What could be that one feature that you want in every movie that makes it more watchable? For me, it is about the way the story pans-out, at what rate, how fast or slow the story moves and how the smallest instances fit to create the perfect backdrop for the characters. This is exactly what Dhanak does. This is not about SRK or SK type of raw, movie-worshiping prowess. This is not your usual film festival food either. Dhanak is interestingly positioned somewhere between being a story-fueled small-budget production that could have benefited immensely with a bigger production house and a wannabe artsy movie. The final product is brilliant. 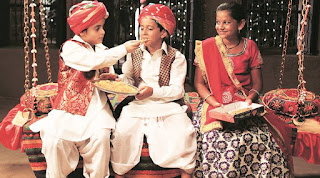 Dhanak rides high on the performance of two child actors—none of them try to convince you that they are dirt-poor and don’t bother to invoke any sympathy. The brother-sister plot is well controlled, never getting melodramatic. You get a performance from these less-than-teenage actors that would put some of the bigger Bolly-stars to shame. The story is entirely believable.

The fate-crossed children venture through deserted wastelands of Rajasthan with their innocence intact and a refreshing sense of humor. Yes, there is plenty of subtle reasons to smile. The young Chottu delivers one-liners without taking a second breath. The girl herself does not create the impression that this is a film academy product.

The lingo styling and accent could have been polished a bit raise the natural aura of a rural setting. However, you really don’t need to think about that. A light-hearted movie, which is essentially about finding reasons to laugh in everyday, challenging circumstances, Dhanak is a must-watch if you are tired of Avenger fraternity special effects and movie star plot-lines seem to be getting too predictable.

Watch Dhanak for the simplicity of storytelling. Watch it for its ability to bring about real smiles without the slapstick. Don’t know whether it was novelization that made the movie so pleasant or the involvement of a crew that was highly trained into their trade but delivered without carrying that typical big movie star baggage. A KJ type of movie-maker should definitely see this movie to understand why trying to peddle scripts with celebrity-children stock is not the only way to make an impact on mainstream cinema. But then, Dhanak really did not keep the box office busy…