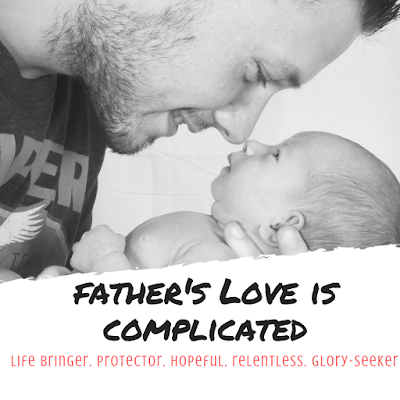 I honestly feel that the world is intentionally insensitive towards fatherhood. Parenting is not just about being protective about your kid, finding your kid fragile or layering your newborn with more-than-needed layers of insulating covers. Fatherhood is more like a life-long gig. There are no stopovers or breaks. While fathers might be less expressive, they are highly prone to carrying the guilt of how badly they performed as sons to their families. While fathers might seem indifferent towards kids, they might be worried sick about how they can provision for growing-up kids. Fathers who seem insensitive to share daily after-school feedback from kids might be neck-deep in ensuring there is sufficient monetary reservoirs during times of unemployment.


Fathers who seem to shout too much might just be using the loud pitch to ensure that the unruly demon that once persisted in their demeanor never surfaces - is never visible now that there is a child who will spot that 'weakness'. There has to be a certain Man-thing about fatherhood, they are DNA-wise attuned towards the protect first-love later, safety first-playtime later type of approach. Apart from images of young celebrity fathers holding their babies for the first times, the good side of young, growing and mature fatherhood is seldom discussed, let alone be applauded.

There is nothing in my mind against maternal love - the purity of a mother-child bond is still sacred for me but I feel that the psychology of a man learning to be a father is underplayed, under-discussed and hardly ever given its due pedestal. It is hard for a man to watch his son having genetically imbibed the traits that once made high school so cruel for him. It is impossible for a man not to envision the road ahead for its son. This is how men are raised...most of them, with an overload of manly wisdom and the dreams of their fathers always lurking in the background. Calling fatherhood a trap that keeps men away from exploring after-marriage romantic setups is an insult.

There will always be a handful of bad guys just like there are uncaring moms, including those who dump children like second-hand furniture. It would be nice to have a woman share real-life experiences, i.e. the thoughts that ran through the mind of a just-entered-fatherhood guy, the fears and anxieties without comparing it with motherhood...these are two entirely different aspects of parental psychology, don't create a cocktail of it...

Email ThisBlogThis!Share to TwitterShare to FacebookShare to Pinterest
Labels: fathers have feelings too, preparing for fatherhood, reasons why most people dont understand fathering struggles, Snippets: Compressed Dialogue, what is fatherhood like